Manon van Hoeckel is a Dutch designer that creates tools for conversation. She creates interventions that encourage strangers to talk to each other. Her work responds to the disappearance of the conversation in public space, in politics and between different groups in our society.

With her project ‘Boijmans wassalon’ (2017-2018) she placed a launderette in museum Boijmans van Beuningen as part of the exhibition ‘Change the System’. The fully working laundrette was a space for unexpected conversation. The project questioned the role of the museum and brought together different target groups. Your dirty laundry was your free ticket to the museum. 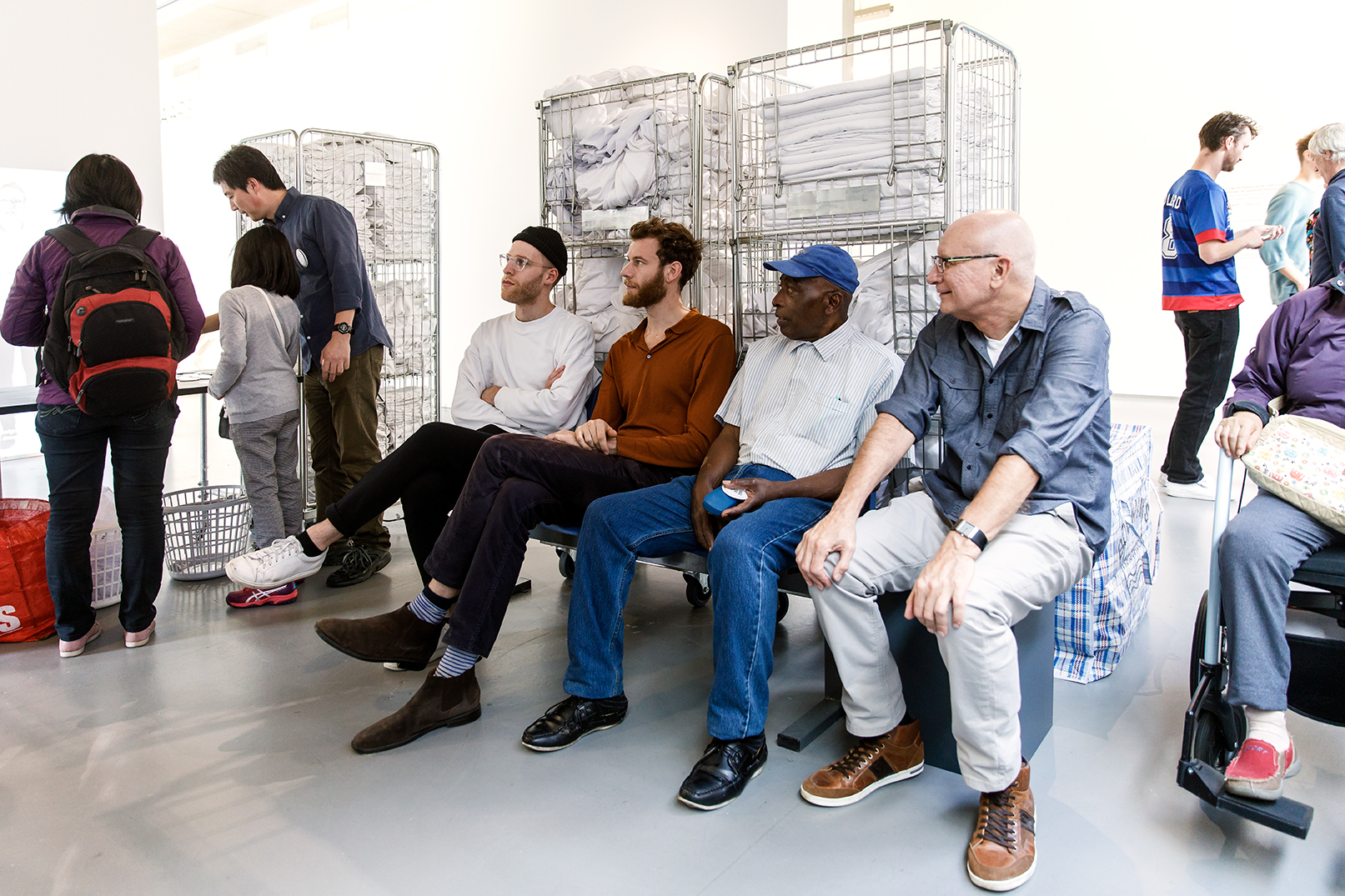 Have you ever noticed that people hardly talk to each other in a museum? Contact with strangers enriches your world view and even small talk can surprise you in a positive sense. But due to social media, delivery services, online banking and medical consultations, the waiting areas that lead to spontaneous contacts are disappearing. This disappearance of conversation in public places, in politics, and between different groups in our society ensures that we have little to no concern anymore for the perspectives of others.

In ‘Boijman’s Launderette’ Manon van Hoeckel has created space for the unexpected conversation. A fully working launderette right in the middle of the museum. Your dirty laundry is your free entrance ticket to the museum and the launderette.