Zana Masombuka is a 24 year-old Johannesburg based creative director who draws inspiration from her upbringing in rural KwaNdebele, in a small town called Siyabuswa. She is an International Studies graduate from Stellenbosch University, where she learnt the art of critical thinking, as well as the importance of globalization and how it continues to impact Africa.

Her art speaks to Africa’s active role in the next wave of this global phenomena and how African artists aim to pioneer the stories being written about their continent and its people, which is fundamental to the preservation of its heritage.

Zana Masombuka has showcased her work with the Julie Miller Art Institute for their Winter Art Collective’18 and the Spring Art Collective’18 exhibitions; as well at the J&B Hive
Braamfontein, as a part of the “Friends Of King Zimela” exhibition in 2018. 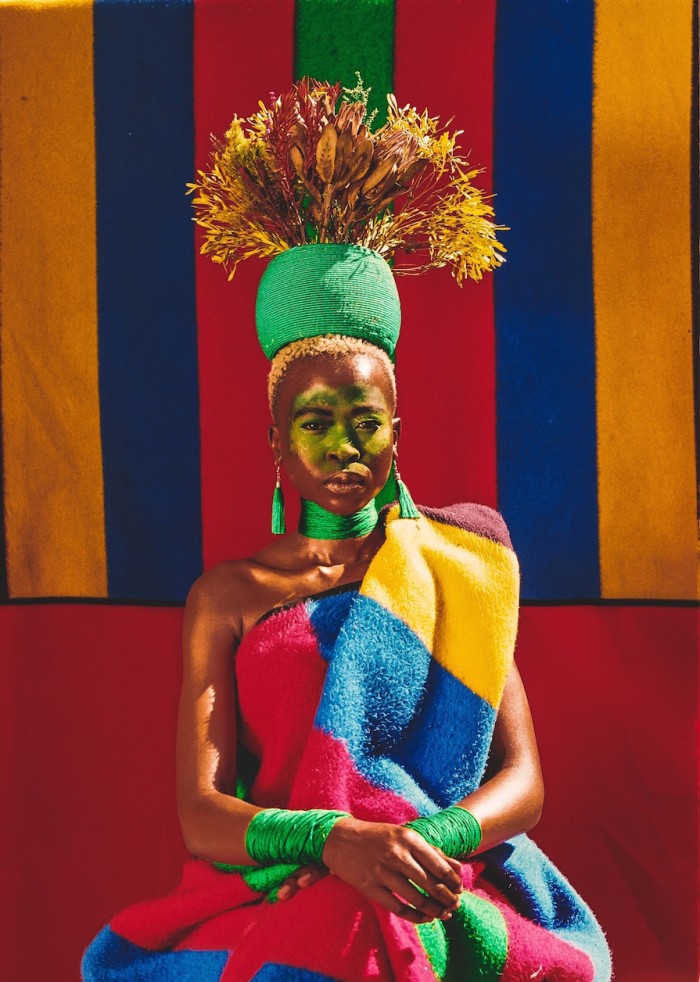 Ndebele Superhero is a project by Stellenbosch University and the University of the Underground summer school graduate, Zana Masombuka. The project is a photo series that aims to preserve traditional stories from the Ndebele tribe, and sparks conversations about how it has been incorporated into the modern world.

“The work created is about capturing the essence of these two worlds coming together, as culture and the arts are often at the centre of reforming societies within civilizations. In addition to this, Ndebele Superhero, as a platform also draws a lot of inspiration from the modern world and how the world of culture and tradition is somewhat parallel to that,” explains Masombuka.

In her work she focuses on critical thinking, as well as the importance of globalisation and how it continues to impact Africa. She also looks at taking control of the African narrative and the way the stories are written about the continent and its people.