Noud Sleumer is a conceptual designer who’s role is to critique ‘the act of making’. Within self-initiated and explorative projects his focus is trained on methods of deconstruction, reduction and blending. Simplicity is the tool that underlies these approaches and enables Sleumer to create new playgrounds of creativity, in which we can collectively re-examine our relationship to man-made matter. In the age of abundance, knowledge about what is produced is inaccessible or neglected. Because of this Sleumer positions the role of the designer not as producer but as iconoclast. Key to his work is the reversal of design methodologies in order to question the essence of making within a world that is always under construction.
Sleumer holds a Bachelors of Arts from The Academy for Art, Communication and Design (Tilburg – NL) and completed in 2018 a Masters of Social Design at Design Academy Eindhoven (Eindhoven – NL). 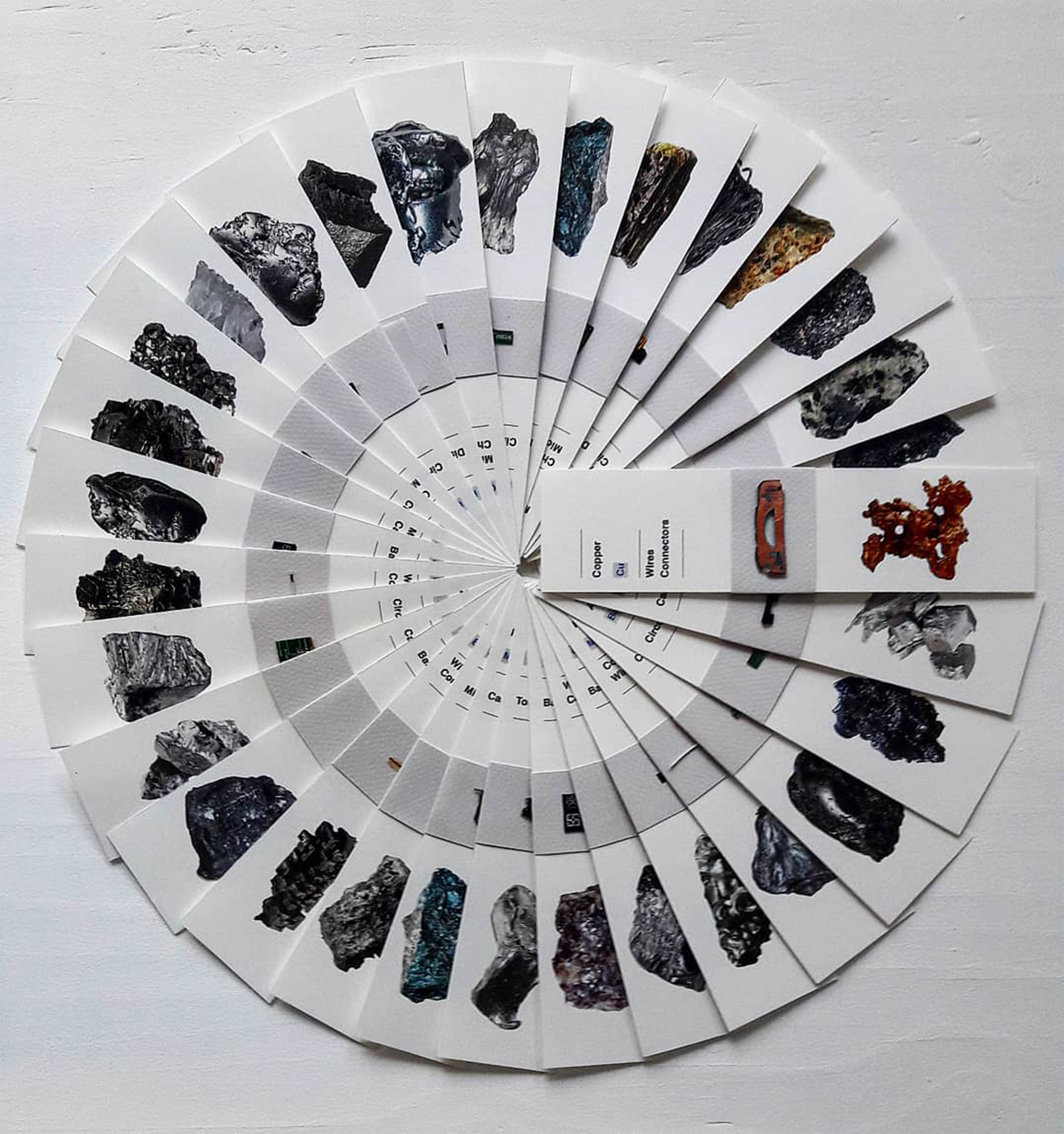 The smartphone is more than a communication device: it is a personified instrument that enables connection, individualism, and efficiency. It blurs the restrictions of place and time, making us independent from our physical surroundings and creating an immaterial playground from our most private information—a data stream of highly personal values. However, the role of the smartphone cannot be separated from its concrete form. In the moment that a smartphone breaks, it transforms from a personalised device into an object with no function.

Once the software stops working, the hardware takes over. From the perspective of the user, the broken smartphone seems to have lost all value. But from the perspective of the global system of production, this artefact still contains 42 precious materials as well as the user’s unique personal data. This project takes the seemingly catastrophic moment in which the smartphone breaks as an opportunity to redefine the value of the expired object. The machine both dramatises and guarantees the destruction of the data storage, making personal information inaccessible, while capturing the moment in which the smartphone’s inner materials are revealed. The machine activates new possibilities for the circulation and reuse of materials, while preventing the user’s private history from disseminating into the public sphere.

The machine is like a photobooth in public space: One can insert its broken phone in the automat, have a sight in how it shredded, and receives a picture of the broken phone elements. The photo taken by the machine of the destroyed remnants of the phone represents a kind of portrait/death certificate.