Nicole Nomsa Moyo is a Zimbabwean born, South African citizen, living and working as an Urban Designer in the city of Toronto. She has a great passion for the learning from and transforming the developing communities. The quality of her work experiences at DIALOG, Canadian Urban Institute and the National Trust for Canada have opened her mind to a world of infinite possibilities. In 2015 she completed the professional Masters of Architecture program at Carleton University, Azrieli School of Architecture and Urbanism with distinction. Her internationally recognized, award winning master’s thesis UKUBUTHA, is directed towards a formative community based, waste-to-energy management, designed with socially driven architectural solutions. Her research was presented at the 2nd UN-Habitat, International Conference on Canadian, Chinese and African Sustainable Urbanization. She has always strived to accomplish the best in her academic and professional work. In 2016, she received an award of Honorable Mention for The Community Planning & Design Initiative Africa (CPDI Africa), an international architecture competition. To date, the design has been featured at various exhibitions and has been published in the Atlanta Intersectional Social Science Journal. In 2011, she worked internationally on a historical survey of traditional domestic architecture in Trinidad and Tobago. The project was later published in the New York Times. The same year, the Mayor of Ottawa, Jim Watson presented her team with “The People’s Choice Award,” for the Sustainable Urban Design Charette based in Canada’s capital city. Nicole is passionate about waste-to-energy management and hopes to be an international leader, limitless in her reach and abilities to transform the quality of lives of people and the communities they live in. 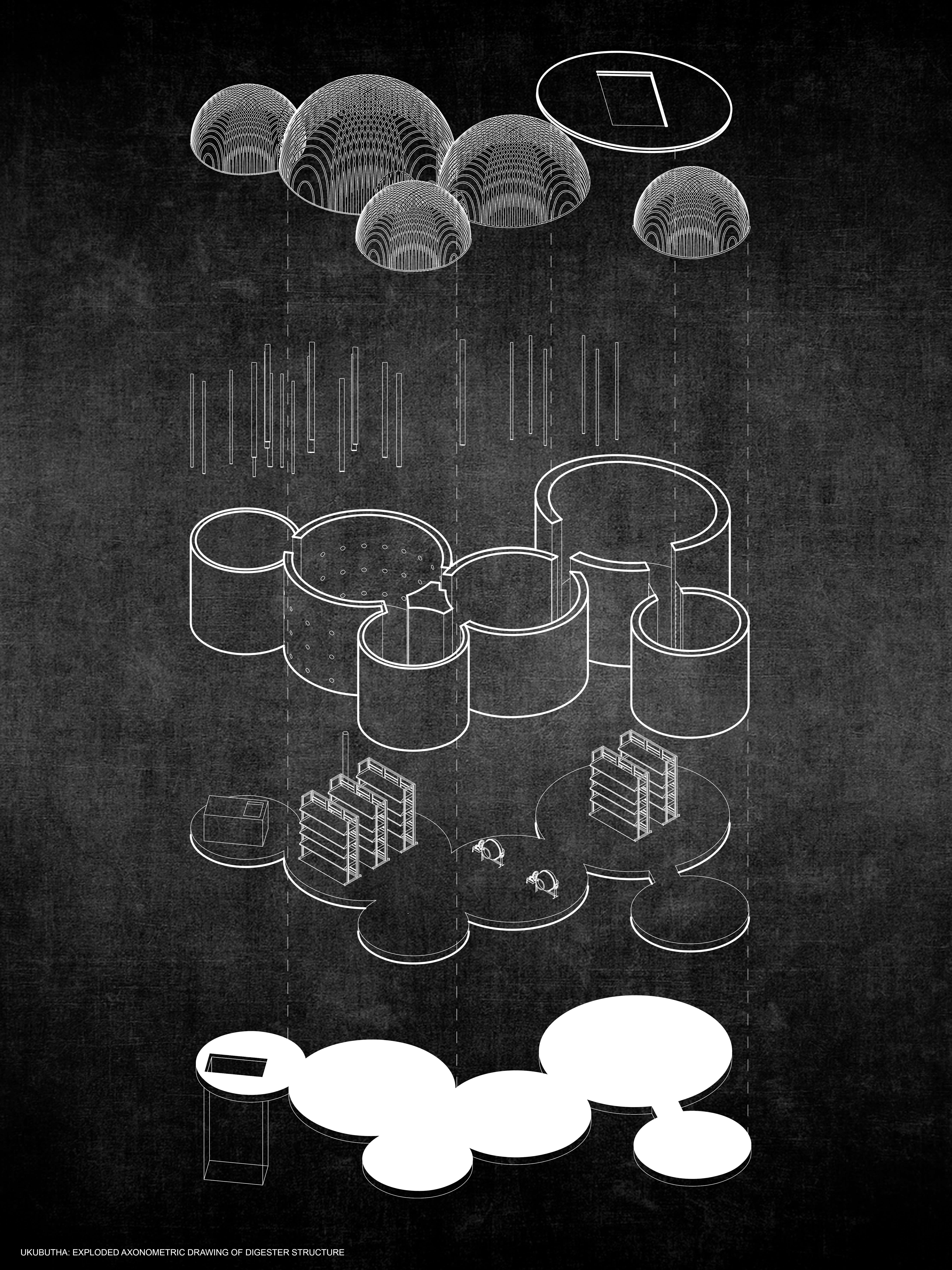 “This research investigates an under – developed urban community on the periphery of a former township in Pretoria, South Africa. The community is situated along the border of Mamelodi, the seventh biggest township in the country. The township was initially created under the Apartheid regime specifically for the alienation of physical race and culture residential divisions. Although vibrant with economic and social activity, thousands of people on the site have limited access to adequate sanitation or water, and have no electricity. The residents are currently not connected to municipal infrastructure services. Presently, tank trucks deliver water once a day in limited quantities. 83 chemical toilets that are cleaned twice a week are dispersed and shared by over two thousand people. In 21 years of democracy the country has managed to succeed a system of social-economical oppression but in reality the people still live below international quality of life standards.

Ukubutha is based on a comprehensive compilation of personal experiences, site visits, and a critical analysis that investigates the complex history that is still shaping the ground situation of present day South Africa. It is critical that one understands the tribulations that were inherited in South Africa during and after the Apartheid that have formed a national crisis. How did these problems come about? What role has architecture and planning played? How have theses disciplines translated into sanitation, water and electricity misfortunes? Having understood the historical, social and political contexts of South Africa and the Mamelodi Township in Pretoria, one is then able to assess the kind opportunities these obstacles present necessary to help insure the realization of meaningful social and geographical intervention using architecture as the key mechanism of social change. Ukubutha is a Zulu term meaning to ‘gather’. The project name describes the intentions of an architectural response to crisis. The role of architecture is to mediate between the social needs of township communities without formal access to water, or sanitation and electricity. Here the architect has designed an easy to build, easy to access facility for the community. Although the South African crisis revolves around water and sanitation, Ukubutha recognizes the interconnectedness of needs and activities that improve standards of living. The fabrication of the project responds to environmental, social and cultural realities in the young Mamelodi township community. Harvesting resources from the environment and recycling organic waste will emancipate the community from fully depending on government agencies.”