Marie Caye is a Design Academy of Eindhoven graduate in the Food-Non Food department. She will present her project called SAM (Symbiotic Autonomous Machine) that explores post-human theories focusing on design for the non-human such as a musical instrument for pigs or legal rights for machines. SAM has been awarded the Melkweg Award and is nominated for the Future Food Design Award. 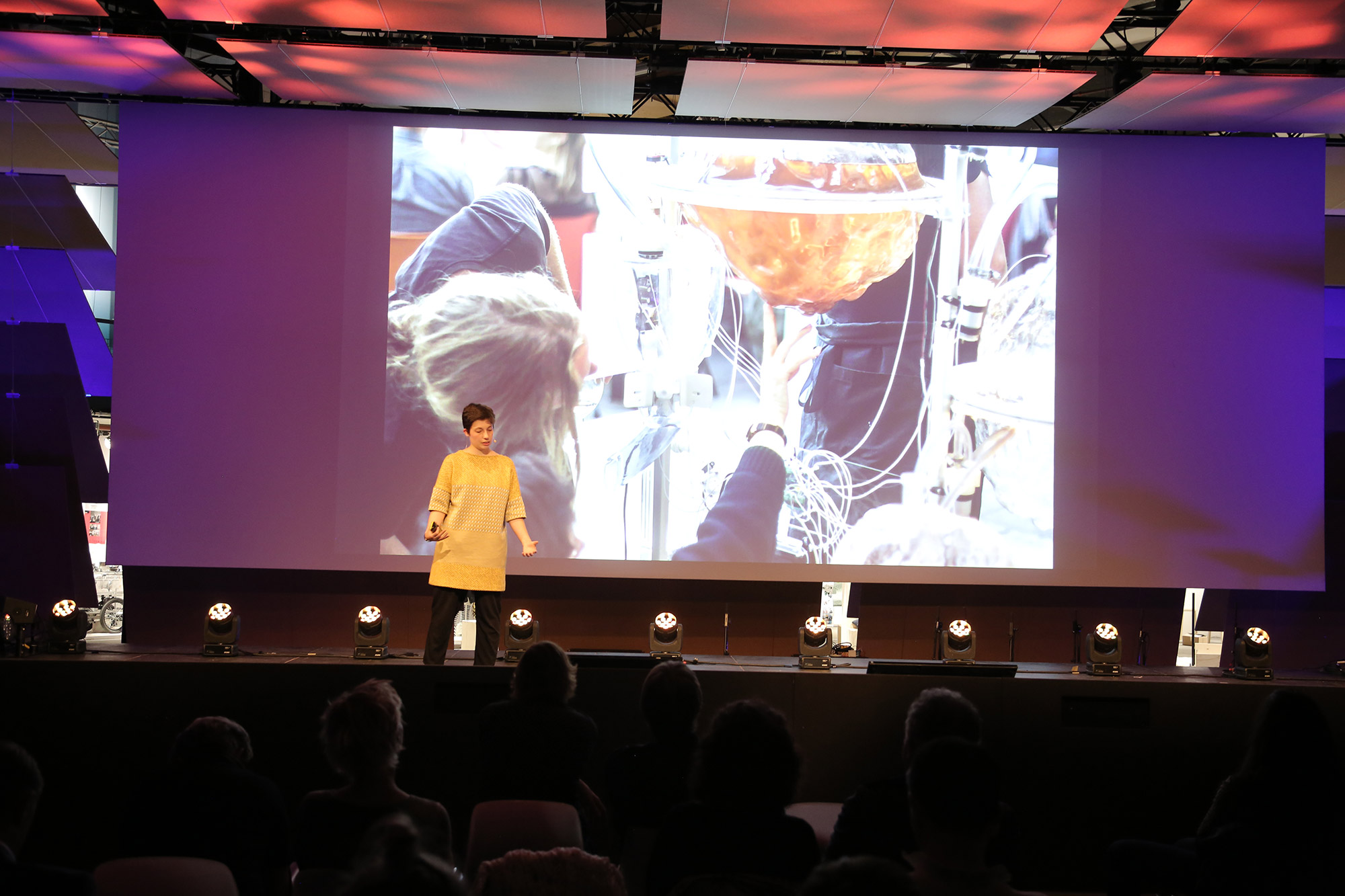 Caye believes designers should take a more inclusive view with regard to the perspective of other lifeforms on Earth. Using the phrase “designing for non-humans”, Caye and her colleagues designed a musical instrument for pigs in order to investigate curiosity and signs of culture between them.

Fueling their venture is the attitude that creative people not only need concise data from scientific papers, but also the empirical experience and real perspective of those they are trying to design for.