Born and raised in Buenos Aires, Argentina, Malena Arcucci is an performance maker
currently based in London. She uses devised and physical theatre techniques, in
combination with her background and interest in costume making and sculpture to explore
new forms of storytelling. Her work is concerned with the theatricality of societal and political structures and their influence on our social and cultural landscape.

Malena holds a Bachelor’s degree in Visual Arts and Sculpture from the University of
Argentine Museum, and a certificate from the Argentinean National Opera. She has worked
extensively as a theatre-maker and costume designer for companies in Buenos Aires and
London, some of the venues include Teatro del Pueblo in Buenos Aires, and Southwark
Playhouse, Oval Space and the Arcola in London. Malena has exhibited and gave talks
internationally in venues and conferences including the Performance Philosophy Biennale in
Amsterdam.

In 2019 she completed a Master in Design of Experiences at the University of the
Underground and the Sandberg Instituut in Amsterdam, Netherlands. There she collaborated in a variety of multi-disciplinary projects within institutions like the British Transport Police, the Dutch National Opera House in Amsterdam, and Chequeado in Argentina.

In 2016 she founded Mariana/Malena with Mariana Aristizabal Pardo, a plurinational theatre company that engages in practical research regarding the concepts of adaptation,
womanhood, and repatriation. The company is currently developing a show with support
from the Arts Council England and the Tristan Bates Centre. 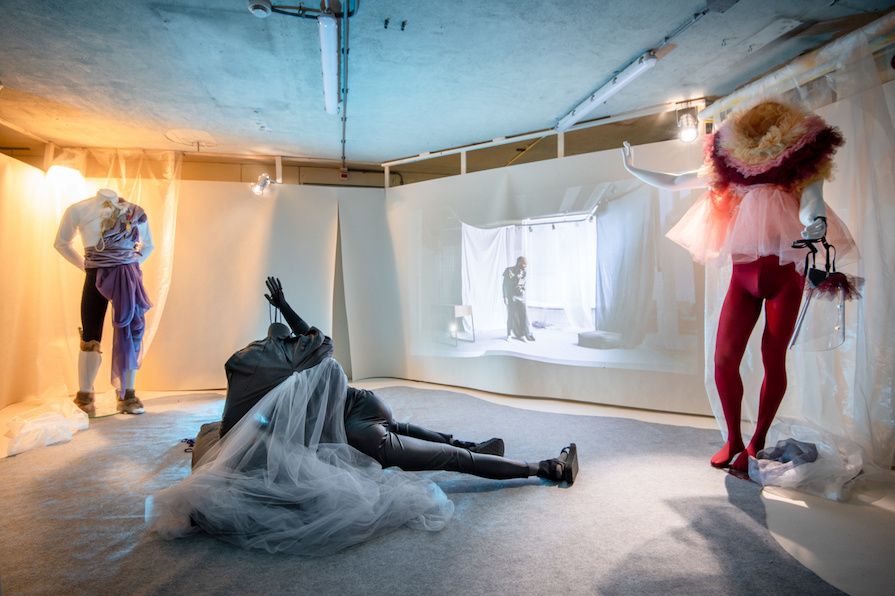 This project  explores the role of conspiracy theories as substitutes to religious and ancient myths. It materialises collective fears to understand the complex power dynamics and structures surrounding our societies. How do conspiracy theories pervasive narratives shape world-views? What truths, if any, do they contain? And most importantly, what can these stories tell about the underlying fears that led to their creation?