Karlijn Sibbel is a Dutch Product Designer and recent graduate from the Innovation Design Engineering master programme of the Royal College of Art and Imperial College London. During this master, she met her multidisciplinary teammates Pierre Azalbert (Electrical Engineer) and Benton Ching (Political Philosopher).

Through experiment-driven research into materials that can respond to physical stimuli, they set out to create their intelligent material. The multidisciplinary team has a passion for bridging the gap between scientific research and everyday life. At the heart of their practice is an ethos of accessibility – translating the arcane into the understandable.

After being finalists in the London Major Entrepreneurship Challenge they are now showcasing their project at the VEEM gebouw during the Dutch Design Week. 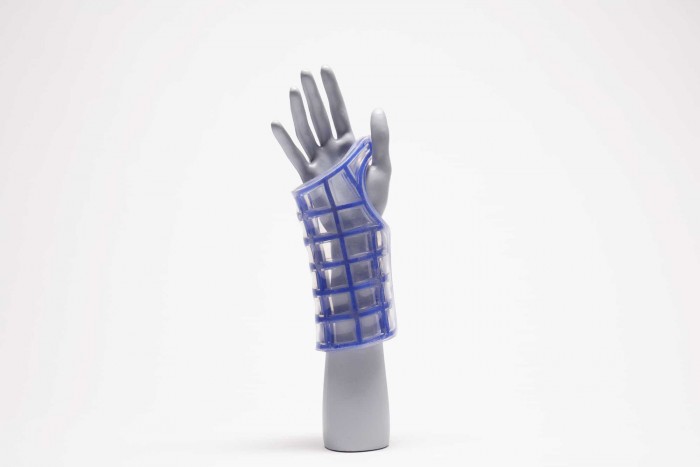 Re:flex is a material whose shape can be reprogrammed using heat. It is described as a low-cost with three main functions: reversible fixation, thermal actuation and unlimited fitting.

Sibbel and her team has used Re:Flex to create a self-assembling stool which used re:flex as joints that function as thermal actuators. They also used it for reusable arm cast. In 2019, Re:flex was selected as one of the finalists in the tech category for the Mayor of London’s entrepreneurship competition.

In response (yet also as a mode of inquiry) it will use super normal design: defined as the design of everyday objects that fit into our lives so comfortably as to usually go unnoticed (another, more subtle form of invisibility, in a way). By which we mean the design of hearing aids that are in some ways archetypical hearing aids and recognisable as such, yet at the same time are understated, subtly and beautifully resolved.