Julia Schwarz is an Austrian design graduate from the University of Applied Arts in industrial design with a focus on designing future. She uses design as a research tool and is interested in the intersection of design and science. Investigative methods are a key for her to shape perspectives for potential future as she did in UNSEEN EDIBLE where lichen are used as food source. In this project she investigates the potential of lichen to help combat food shortages resulting from climate change and overpopulation.

According to Julia’s research, lichen has super powers, with huge nutritional and medical value. It can even grow on Mars. Julia’s inventive approach shows how such nutritional food that can thrive in harsh conditions can enter as a mass food supply. Related interactions and a user’s experience are important parts in all layers of her work. Unseen Edible made it also to a winner of the Urban Food & Design Challenge initiated by Vienna Design Week. 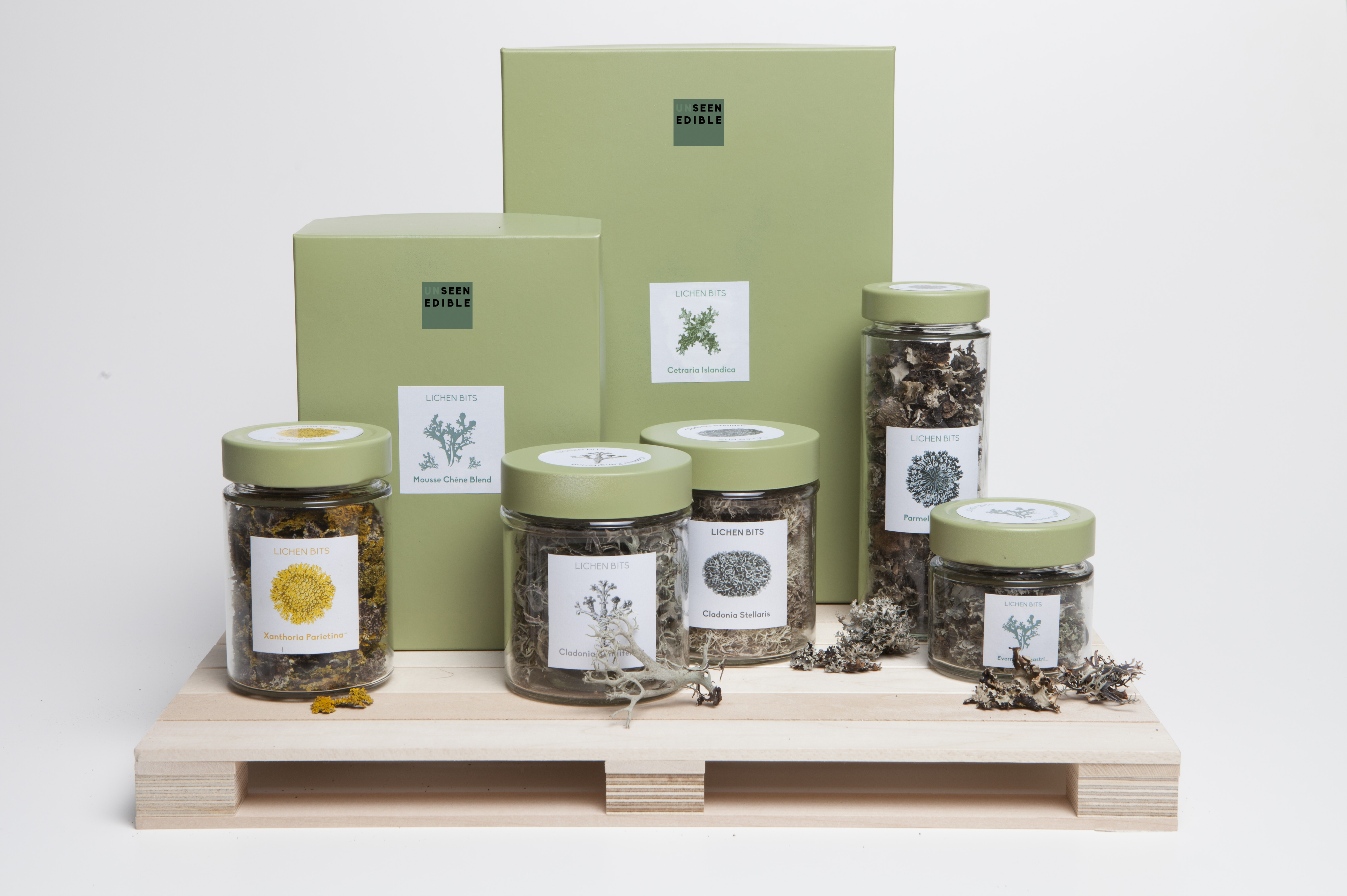 When food stops growing, population increases and climate gets more extreme  – which alternatives do we have?

Researchers prognose a coming food shortage caused by overpopulation and extreme climate. Having a closer look at what people ate in famine times or for survival, lichen showed up several times. Starving people weren’t dying anymore and they didn’t have even deficiency symptoms.

The unseen edible. It is everywhere around us but still unknown.

Lichen are still confused with moss. But there is a huge difference, while moss has nearly 0 nutritional value, lichen has super powers. It is even medicine. Through research on different alternative food sources lichen showed next to algae and insects a great potential. Lichen is a symbiosis of fungi and algae ….it is very resistant – it could even grow on Mars.