In 2015, Iwo won a scholarship to go to Havana (Cuba) to conduct research. After spending two months there, he saw the reality of the residents in Havana where deep poverty is next door to luxurious tourism. He wanted to find a way to use architecture as a bridge between these two worlds.

The Ku Leuven  graduate developed his project called A Symbiotic Relation of Cooperative Social Housing and Dispersed Tourism in Havana Vieja. Borkowicz is one of three winners of the 2016 Young Talent Architecture Award.

The project seeks to provide not only housing and tourist accommodation; but also a source of income for locals. His project envisions a Havana where residents living in poverty can rent out part of their homes to tourists and using the money to help upgrade their homes. 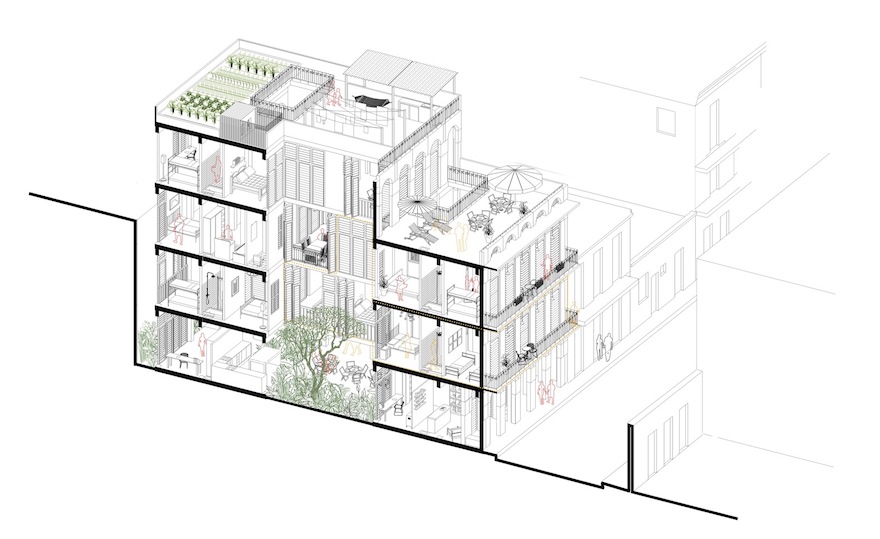 For young architect Iwo Borkowicz the looming housing crisis in Havana was a concern. Tourism is booming but some residents are struggling with the upkeep of their homes.

He saw a way of linking the two problems and finding a solution that works for both tourists and residents in a project called A Symbiotic Relation of Cooperative Social Housing and Dispersed Tourism in Havana Veija.

For Iwo the solution lies in using architecture as a way of upgrading the homes of local residents as a way of attracting tourists to lease part of these homes, then using money from the tourists to help with upkeep of the homes.

The images of Havana swirling in people’s minds probably include cadillacs, people smoking cigars and drinking rum. This is probably only one aspect of life in Cuba but a powerful demonstration of the power of images and image making.