On the intersection of design, art and philosophy, Irakli uses experience as a tool to enter a dialogue with the viewer. He engages rational and emotional, intellectual and visceral responses, to create a layered insight into a subject. Experiences which he creates aim not to merely inform, but rather of enable understanding of the issues which he addresses.

Often in shape of installations, his works use subversion and transformation to demonstrate an alternative viewpoint and create experiences aiming to trigger thought, through a process which he calls ‘the design of insights’ 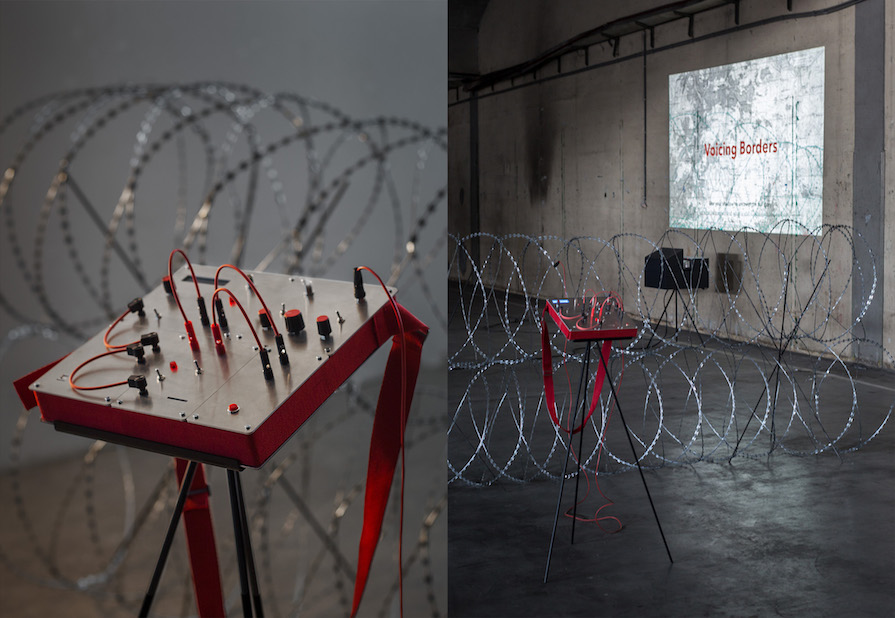 The project Voicing Borders investigates the eastern boundary of Europe where a razor-wire fence stretches across Georgia, marking the territory occupied by the Russian invasion of 2008. Hidden behind this barrier, in an attempt to rewrite history, whole villages were burned down and the remains completely removed, leaving no trace of the local population.

In an interactive installation Voicing Borders, viewers can unveil locations and structure of the disappeared villages by casting shadows on the projection. While in the second part of the project, the very weapon of occupation becomes a tool for voicing an objection to it. A specially designed radio transmitter connects to the razor wire fence and uses it as an antenna.

Transmitting through it a short message in Morse code. It states the names of the disappeared villages and their geographic coordinates. The message is audible through several radio receivers placed in the installation.