Adelaide, originally from Hong Kong has freshly graduated from the Design Academy Eindhoven, Food Non-Food Department in 2018. In 2015, Adelaide visited a slaughterhouse in the Netherlands and she was astonished by the mass production of meat simply because the value of every single animal seemed obscured in the assembly line with that of numerous others. Conversely, the meat production in an indigenous village in Indonesia where she had her internship has a different approach towards cow slaughtering. In the village, full respect is given to a cow during the process.

Curious about the role of designer as a mediator between design and food production, Adelaide graduated with two works which are 0.9 Grams of Brass and the Ultimate Milk Cow, reacting to meat and milk production in modern society respectively. She unfolds the complexity of the production of animal products and provides another lens for the general public to view the role of the animal in a human-centred society.

After her graduation, Adelaide set up her studio in Eindhoven where she continues developing her methodology in design. Searching for further co-operations with different sectors all in the hope to unfold the story behind our food. 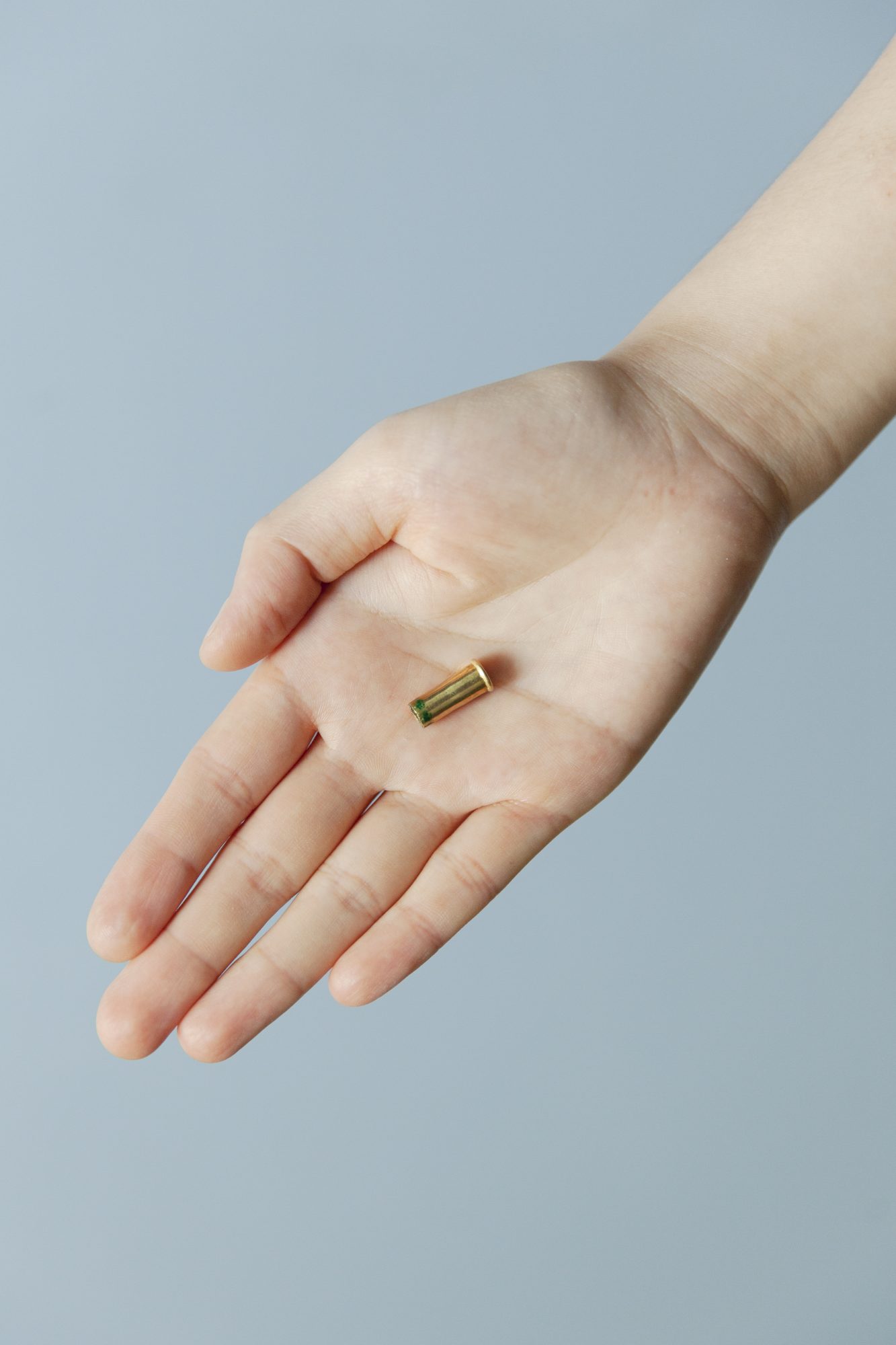 The ‘value’ of life within the meat industry is well hidden behind closed doors by keeping the slaughter process anonymous from society. The deaths of these animals remain unknown and unvalued, while the perception of the consumer is distorted and often misunderstood. Re-evaluating the value of life within the meat industry begins by transforming the 0.9 grams of brass making up the cartridge of the stun gun. After pulling the trigger, the cartridge case is the only piece left over in the killing process. A vending machine is made to question the representation of ethical value in contrast to the monetary value.

The object sold from the machine is made from the 0.9 grams of brass cartridge casings and costs the same price as the bullet itself. It also costs the same amount as the cost of one cow’s life. The resulting brass paperclip (which has its origins in a system
of mass production and distribution) is an object consecrated for daily use that serves as a constant reminder of the loss of of an animal’s life.